1′ we’re underway with Senegal kicking off.

They’re in green here, with Algeria in white.

Algeria have the early lead and it’s utterly bizarre.

Senegal had gone forwards with their first attack, but on their response, the Fennec Foxes have moved ahead.

Baghdad Boudjenah hit a speculative effort from the edge of the box – it took a massive deflection – and looped up and over the goalkeeper off Sane and into the net.

Gomis could do nothing about it.

Ismaila Sarr goes into the area.

The ball is toed behind but was it he or the defender who poked it away?

TV replays show both got a nick – corner to Senegal. 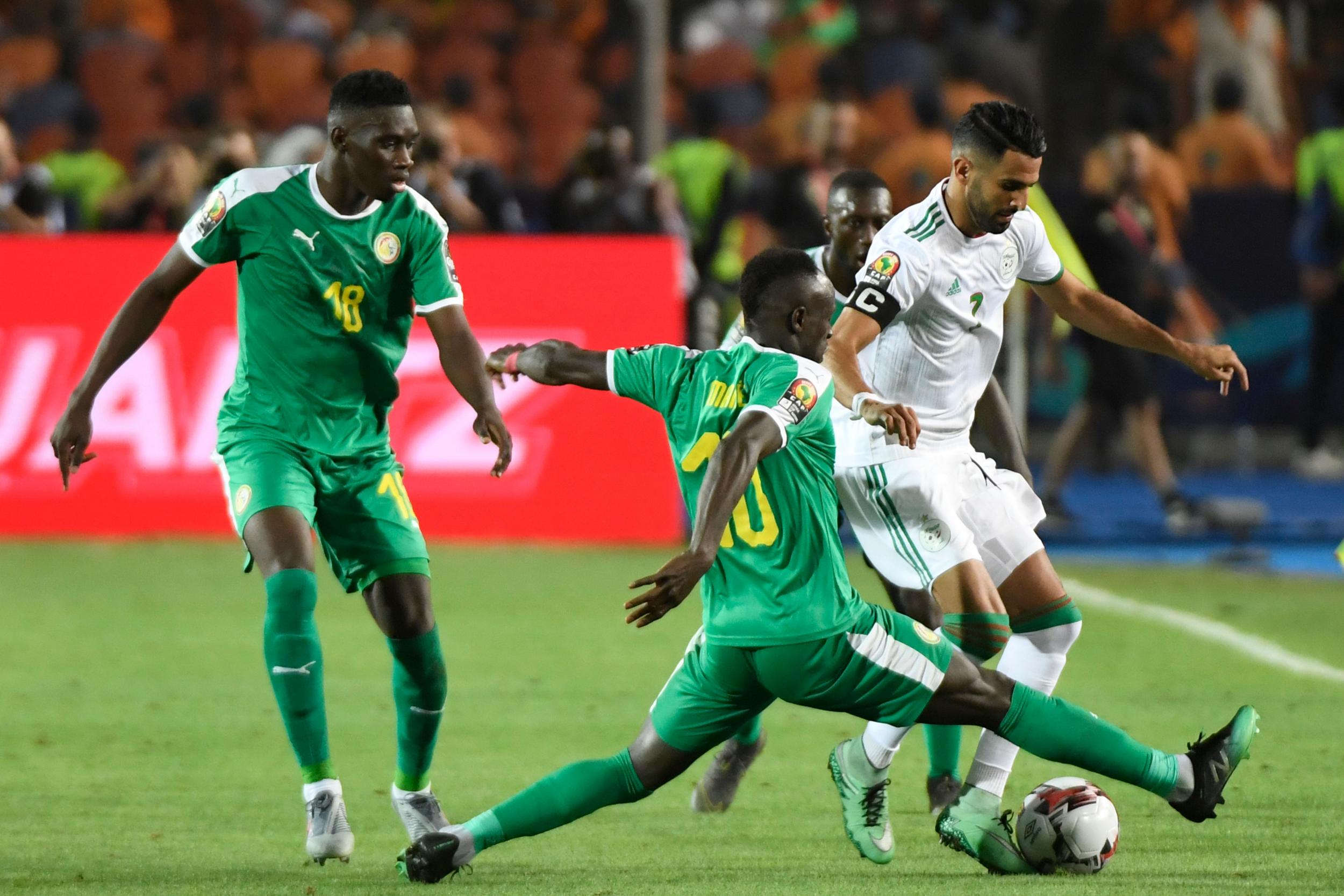 59′ PENALTY for senegal . Can they equalise?

Algeria aren’t happy at all.

Sarr galloped clear down the right, he crossed, it hit Guedioura’s arm, and the official pointed to the spot.

Oh, now he’ll have a second look courtesy of VAR (not used in the tournament until tonight!)

And the decision has been overturned.

Instead its a drop ball and Algeria will take up possession.

But what a mess these handball rules are right now.

65 ‘ what a MISS after rounding off the keeper

67′  Sabaly has cracked a vicious effort, which the Algeria keeper has to turn over.

A real fierce hit that one.

75′ Benlamri is down and Algeria aren’t happy.

He’s headed Mane as the Liverpool man went up for the ball with him.

Anyway, there’s an open wound and the Algerian centre-half will need treatment.

Senegal use the time to take off Saivet – he’s been very disappointing – Mbaye Diagne is on.

80′ guess who came for dinner 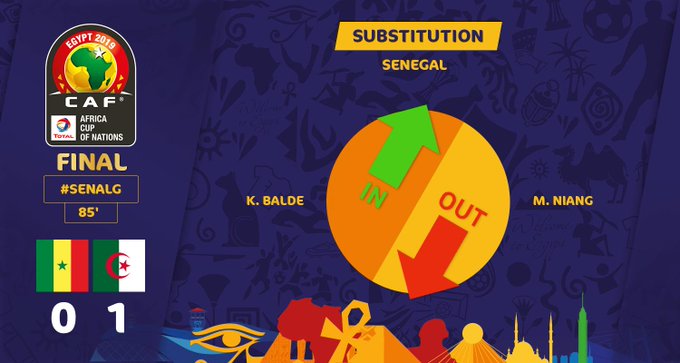 88′ here comes Slimani. He’s replacing the goalscorer – and so far the match-winner – Bounedjah.

90+2 Mandi has been booked for his part in something.

Not sure he did much wrong.

What he was doing going up with his hand, I do not know.

Anyway, chance for Senegal on the edge of the area.

Salif Sane has lined it up, the big centre-half.

The referee blows his whistle.

Algeria are champions of Africa