Pierre-Emerick Aubameyang scored the winner for Arsenal in the 3-2 victory against Aston Villa in the Premier League yesterday.

And Garth Crooks reckons the striker is the only reason the Gunners could qualify for the Champions League. 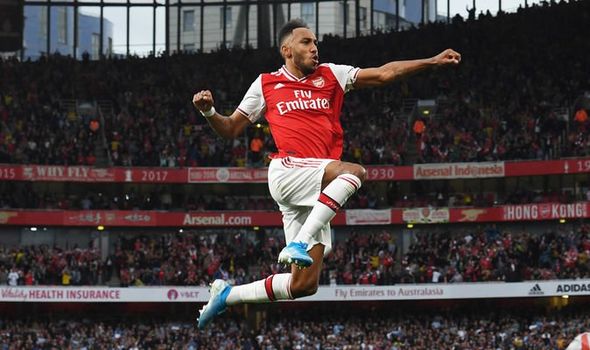 And it means Aubameyang now has 16 goals in his his last 16 matches for Arsenal.

“Arsenal find themselves in the top four and it’s all down to Pierre-Emerick Aubameyang.

“Since his arrival at the Emirates he has rescued Arsenal’s often abject performances and made them palatable.

“I’ve seen this before when managers use strikers as a get out of jail card and the moment the striker’s goals dry up they are the first out the door.

“Arsenal owe Aubameyang and when he is struggling, and he will, give him a little latitude.”

John McGinn gave Villa the lead at the Emirates before Nicolas Pepe equalised from the penalty spot.

Just a minute later Wesley put the visitors ahead once again though.

Calum Chambers levelled before Aubameyang gave Arsenal all three points and sent them into the top four.

It was a big win for the Gunners with Manchester United, Chelsea and Tottenham all losing.

After the match Emery revealed why Pepe took the penalty instead of Aubameyang. 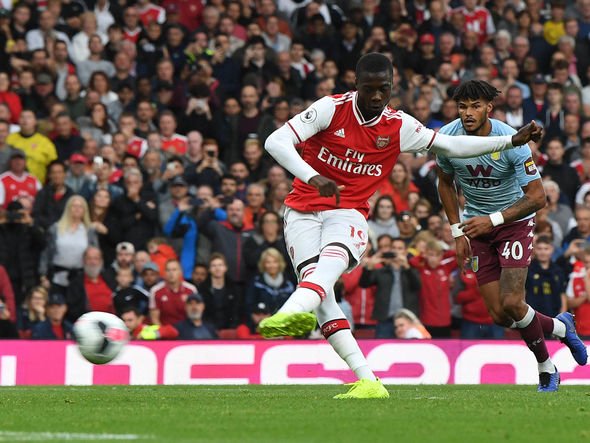 “Yes, it’s Aubameyang who is responsible for penalties,” he said.

“Also Lacazette, and today for me is a very big decision from Aubameyang to let Pepe shoot to give him confidence and the possibility to score.

“Really, the responsibility is Aubameyang and I was happy when I saw that decision from Aubameyang.

“He is hungry every day to score, to achieve, individual and collective objectives. Today that decision shows a really great player.”

Erling Haaland nets his 40th goal of the season