With the first matches logged for all 24 participants at the FIFA U-17 World Cup Brazil 2019™, jockeying for places in the knockout stage is set to intensify on Tuesday. Groups A and B are back in action, which includes the two most successful outfits in the competition’s history.

Three-time champions and Group A co-leaders Brazil can do wonders for their last-16 prospects with another strong outing; this time New Zealand beckons at the Estadio Bezerrao. The other match-up of the group pits newcomers Angola against Canada. Fresh off their maiden match and first win at a U-17 world finals, can the Palanquinhas make it two for two?

Five-time U-17 kings Nigeria started slow in their opening win over Hungary, which may get them into trouble against Ecuador. La Tri netted twice in the first nine minutes to outpace Australia. Meanwhile, both Hungary and Australia took positives from their defeats last Saturday, and a win could turn the tournament around quickly for either team.

? What you need to know

“The boys are always going to stay positive. You never know what could happen in the next two games. We could get a win, two draws, and that could put us as a top third-placed team and through to the last 16. We will be prepared for anything every game – full-out, full 90 minutes.”
Australia No9 Noah Botic

Brazil’s biggest win in tournament history came at the expense of New Zealand, a 7-0 triumph at Korea Republic 2007.

Walk a day in the shoes of @mvabrasil, who follow @CBF_Futebol around the world

“#Brazil has an energy. It comes from our heart. People stop everything they are doing, to watch a game.” 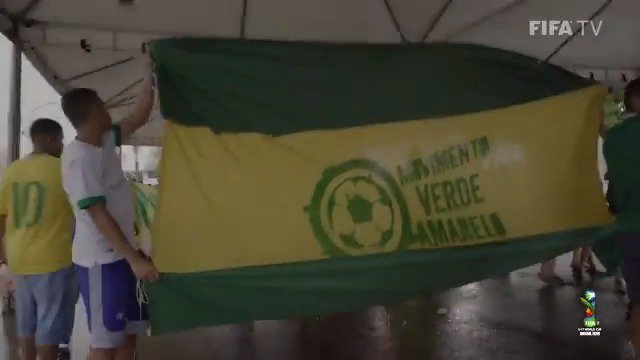 Johan Mina (Forward, Ecuador)
The tricky attacker led La Tri‘s South American qualifying bid with six goals. Though he didn’t find the mark in his Brazil 2019 debut, Mina has the tools to thrive against a Nigeria side who like to get out and run themselves.

Zito (Forward, Angola)
An inverted winger with a dangerous left foot, Zito gave New Zealand fits. “When you see him play, you realise straight away that he’s on another level,” said Angola head coach Pedro Goncalves of the 17-year-old.

Huesca backtracks on loaning out Nwakali