Before Sunday, Iheanacho’s last appearance in the Premier League was in the 1-0 loss to Manchester City on the penultimate matchday of last season.

But with Leicester trailing against the Toffees, Iheanacho was brought on to salvage the situation, and he turned out to be the Foxes hero.

The 22-year-old set up Vardy’s equalizer before scoring the winner in the 90th minute with an emphatic finish which sent the King Power Stadium into ecstasy.

It was indeed a delightful moment for Iheanacho having been frozen out for most of the time this campaign. Following the match, the Super Eagles star was given a hero’s welcome by his Leicester City’s teammates with Vardy even saying there’s no one that deserves the moment better than the U-17 world cup winner.

In a post shared by Christian Fuchs on Twitter, the Foxes squad couldn’t hide their excitement for Iheanacho as they were seen celebrating with him.

My man @67Kelechi!!! Man of the match – so deserved. But what a group to be a part of! #LCFC #Team @LCFC @ProperFootball_ 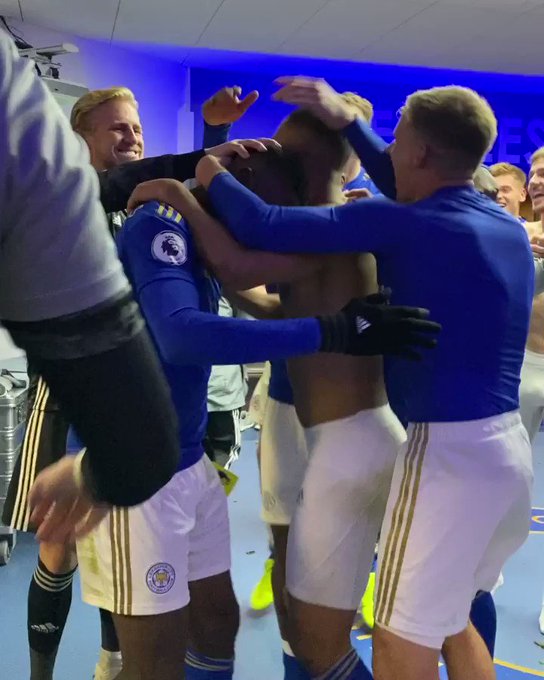 842 people are talking about this

In his post-match interview, Vardy praised Iheancaho’s attitude in training, saying he deserved it. “He’s absolutely amazing in training, so he thoroughly deserves this.”

Chelsea on the brink of champions league exit