At the Africa Cup of Nations in Egypt earlier this year, 23-year-old Ola Aina played in his first major international tournament, helping the Nigerian national team to a third-place finish.

In doing so, he completed a remarkable personal journey.

Born in Southwark, South London to Nigerian parents, Ola has risen to the ranks of professional football – playing for Chelsea, Torino and the Nigerian national team, despite growing up with few privileges.

His journey began when he competed in a tournament in Bognor Regis on the English coast with his youth side. He was voted “most valuable player” among over 600 others, spotted by scouts and attracted attention from 15 clubs, including Premier League sides Tottenham and Chelsea – he later went on to play for the “Blues” as an under-11.

His father Olufemi Aina, a central figure in Ola’s story, always believed his son had the making of a gifted athlete. Ola as a child, Olufemi said, was so physically impressive that he carried his birth certificate around to prove he was the right age.

“He was meant to sign for Tottenham,” his father said. “They had him over for about three weeks, then on the day he was supposed to sign, they kept acting funny. As a big Spurs fan, it was heartbreaking. Luckily, Chelsea officials were still calling us daily, so we decided, ‘Why not go where you are wanted?'”

But the celebrations were short-lived, as the family desperately rallied around to try and make Ola’s dream possible. 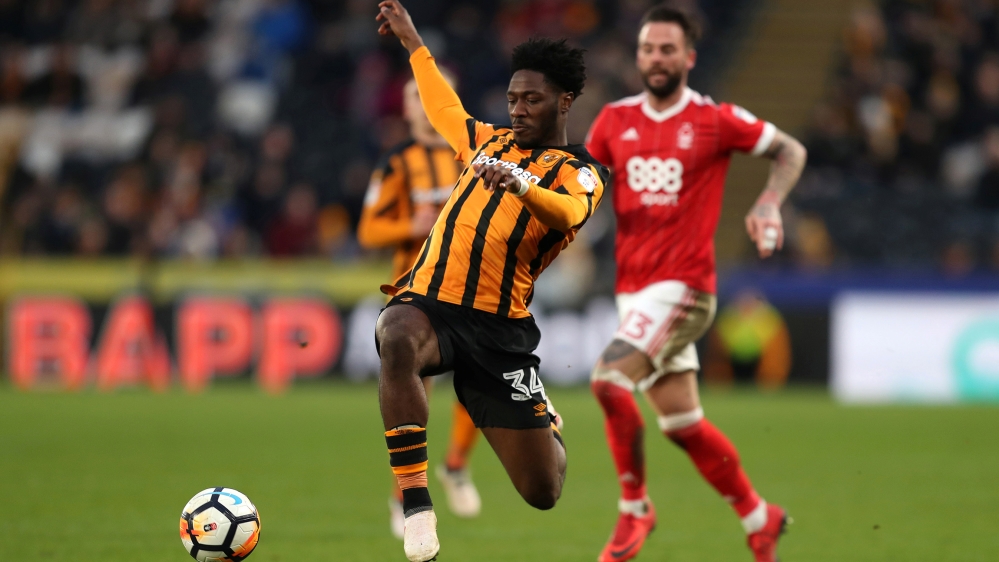 His parents often worked several jobs. At one time, his mother Esther had four just to put food on the table for her four sons – Michael, Ola – the second born, Jordan and Benjamin.

When Ola started playing with Chelsea, they would pick him up in their shabby car from training after their work shifts, getting back home just before midnight.

Ola would be up for school again the next morning.

The situation got worse when Olufemi, unable to hold onto jobs because of his commitments to his son’s training, lost their house.

“A bleak time for the whole family, and for me,” said Ola. “That was a life lesson.“

Although Esther is, in Ola’s words, his “number one fan”, she needed a bit more convincing every now and then.

All those sacrifices they made is fuel for me to strive and to do well and repay them in ways that they can’t imagine.

As a young player, the budding footballer spent four days trying to persuade her to move the family from Essex to Surrey, to be closer to Chelsea. She eventually gave in.

But that was the least of it. About six years ago, his father was driving him to Chelsea when the car broke down.

“The car just stopped in the middle of Vauxhall (in central London), and we were just stranded.

“He sold the car on the spot and then he put me on the train. He came on the train with me because I hadn’t really used trains like that before, so it wasn’t really too familiar.

“He came with me all the way to Chelsea training ground, made sure I got into my changing room, and then went all the way back home again … All those sacrifices they [made] is fuel for me to strive and to do well and repay them in ways that they can’t imagine.”

Remembering that day, Olufemi said: “It was not always smooth sailing, but you need to give the child support. In football, some will not make it, but the child deserves a chance.“

One of the ways Ola has “repaid” his parents is by taking Esther to a dealership and buying her a brand new car, which prompted her to fast for three days to thank God.

“My heart was full with thanks to God. I never thought that in my lifetime that my child would get me a car,” she said

In August 2016, Ola made his senior professional debut for Chelsea in the League Cup. Over the course of that season, he made a handful of appearances.

But the next season was spent out on loan to Hull City in the English Championship.

When he returned to London in 2018, there was interest from Torino.

“This was an opportunity to be in a top league, and to get some good experience,” he said.

The Italian team made his loan deal permanent earlier this year.

In 2017, Ola chose to represent the Nigeria national football team, also known as the Super Eagles, at the international level, despite having played for England in the youth ranks.

At the Africa Cup of Nations in Egypt, his spectacular back-heeled assist against Burundi was among the many moments celebrated by fans and countrymen.

His performance in North Africa earned him rave reviews in the local press and also impressed the notoriously judgemental Super Eagles fans on social media.

Thousands of miles away, he was being cheered in Nigeria.

“It was all over the news, [Ola] gave our folks something to be proud of back home,” said his uncle Abayomi Aina.

“I was overjoyed and the fact that it’s my nephew, the name Aina being mentioned by commentators.“

In a country of about 200 million people, his name was on the lips of millions from Lagos to Ijebu Ikenne (the family’s ancestral hometown) and it was indeed a proud moment for us.”

In Nigeria, the chances of a footballer ascending to the highest levels of the sport are slim.

“Nigeria is a conveyor belt of talent, with its sheer weight of numbers allied to the popularity of football,” s.

“However, there are simply no structures in place to develop and harness all that talent: among many other issues, there is a massive infrastructure deficit as a result of a non-existent sports policy, and the nation’s football administration lacks the vision and integrity to get around that deficit.

“In those circumstances, real success stories are fewer than they should be, and are often a result of sheer determination and perseverance.”

Reflecting on his performance in Egypt, Ola said: “It was completing a circle in my life having played for England at youth level. To then play for Nigeria at a major tournament – the buzz after that assist was amazing.

“To play five matches in seven at that tournament and to win a third-place medal is the stuff of dreams.”