.Novak Djokovic  has suggested Rafael Nadal and Roger Federer are partly to blame for his disappointments in Indian Wells and Miami.
The Serbian crashed out of the Miami Open on Tuesday night with a 1-6, 7-5, 6-3 loss to Roberto Bautista Agut at the Hard Rock Stadium.

That came after exiting the Indian Wells Masters in just the third round with a defeat at the hands of Philipp Kohlschreiber.

Though Djokovic has actually gained points in the ATP Rankings having been struggling with his recovery from injury in the first half of 2018, the 31-year-old was below par in both matches.

The world No 1 was tipped as favourite for both Masters 1000 events having been in electric form over the last eight months, picking up three Grand Slams including January’s Australian Open.
But Djokovic insists he has been distracted by matters off  the court since returning to the ATP Tour in Indian Wells.

That’s with the feud between Djokovic and ATP chairman Chris Kermode having overshadowed recent tournaments, with both Nadal and Federer openly declaring they did not want to see the chief deposed.

Kermode’s reign as president has run for six years and he has overseen a rise in prize money and commercial growth.

But there has been friction between Kermode and ATP Players’ Council president Djokovic for some time and the board voted not to extend the 54-year-old former pro’s contract beyond the end of this season – leaving the future of men’s tennis at a crossroads. 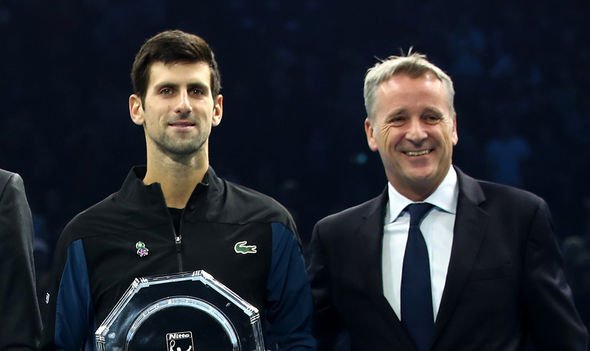 Federer has admitted he is “a little worried” about the situation while Nadal has said: “I am disappointed that nobody came and explained why, what’s the reason of we don’t have Chris continuing running our sport. Nobody text to me or speak about it or ask me what’s my thoughts about that situation.”

And following another underwhelming result in Miami, Djokovic admits the back-and-forth between the three stars has taken its toll.

He explained after losing to Bautista Agut: “No, I mean, just had, you know, way too many things off the court.

“I guess that affected me a little bit on the court.”

Djokovic also explained that he has not felt at 100 per-cent physically.

He added: “I didn’t feel my best health-wise, as well, in Indian Wells and here.