Manny Pacquiao  launches fresh Floyd Mayweather attack as he pushes for rematch
Mayweather has his own Olympic legacy having controversially lost in the semi-final of the 1996 Games in Atlanta to Serafim Todorov, before going on to win bronze.

‘Money’ is currently in the middle of a bitter exchange of words with Manny Pacquiao over a rematch.

The Filipino superstar is keen for a rematch with Mayweather, having lost by unanimous decision on 2015 in Las Vegas.

“I‘m not sure. Mayweather seems to be a little evasive,” Roach told PBC.

Floyd Mayweather ‘running scared’ of Manny Pacquiao, claims Freddie Roach
“He was real quiet. He didn’t stay at the fight after the decision was announced and call anyone out like he usually does.

“I think Manny scared him a little with that performance.”

Mayweather did eventually take to social media to respond to Pacquiao’s most recent call for a second shot.

He wrote: “I find it real ironic how every time Pacquiao’s name is brought up in the media, my name is always attached to it.

Manny Pacquiao vs Floyd Mayweather rematch will happen, claims Adrien Broner
“This man’s entire legacy and career has been built off its association with my name and it’s about time you all stop using my brand for clout chasing and clickbait and let that man’s name hold weight of its own. 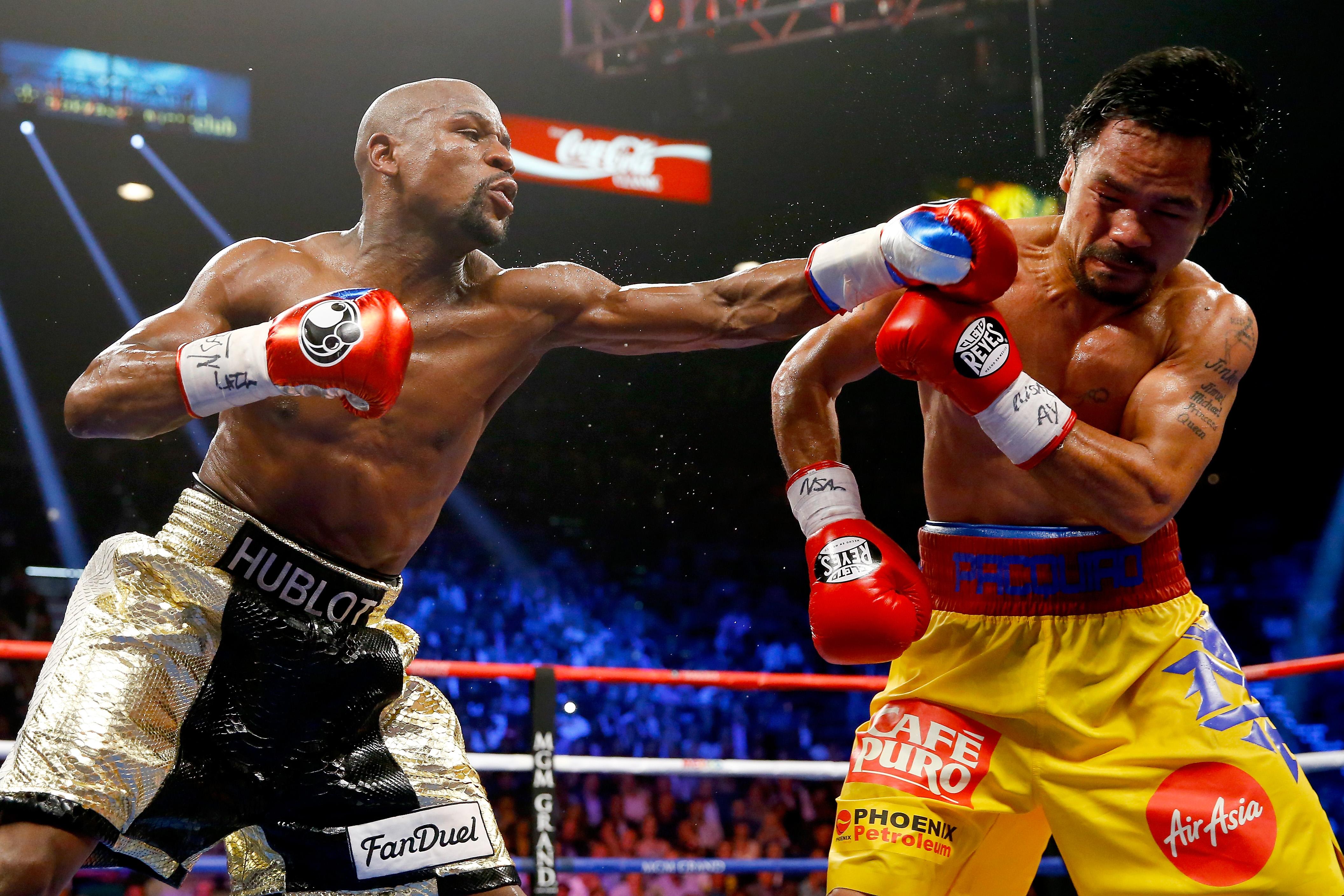 “For years, all you heard was that ‘Floyd is afraid of Manny Pacquiao,’ but what’s funny is, when we finally fought, I won so easily that everyone had to eat their words!

“All of the so called boxing experts, critics and jealous American ‘fan base’ either went mute and ran for cover or made every excuse in the world as to why I should give Manny Pacquiao a rematch.

“My take on all this bulls*** is that y’all are just upset that I broke Rocky Marciano’s record and hate the fact that a black, high school dropout outsmarted you all by beating all odds and retiring undefeated while maintaining all my faculties simply by making smart choices and even smarter investments.

“Ultimately, I will always have the last laugh.”