Summer interest in the 25-year-old turned into an active pursuit last month, with protracted negotiations with Sporting Lisbon finally bearing fruit towards the end of the transfer window.

Fernandes arrived for an initial €55m and, while that could rise to €80m if a variety of targets are reached, United look to have struck a good deal.

“In today’s market I think we got a good deal,” Solskjaer said of Fernandes. “Obviously he’s come in and done really well.

“He’s given everyone a boost. It means more than just getting a player in. You can see the supporters, they’re used to players with that personality, mentality and quality so he’s been a big plus.

“He’s come in from day one, the first minute, and felt like a presence in the group. First training session, demanding the ball.

“Some players take some time in warming up but he felt confident straight away. 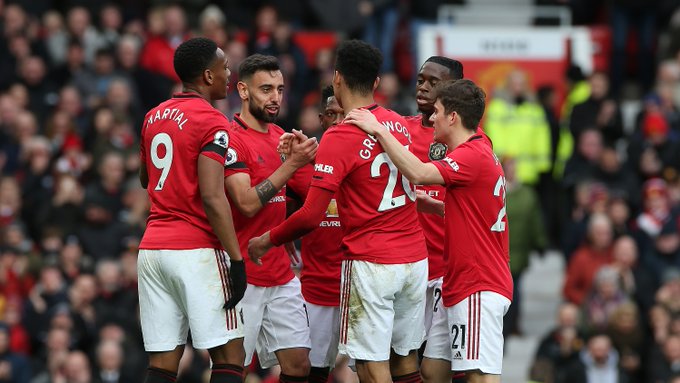 3,439 people are talking about this

“He’s a bit of a mix between (Paul) Scholes and (Juan Sebastian) Veron, to be fair.

“He’s got the temperament maybe of Veron and a lot of the quality of him and Scholesy.”

Solskjaer says Fernandes is a “big piece” in the team that United are looking to build, while Anthony Martial has shown this week that he too can be a key component.

Monday’s header at Chelsea was followed by a fine goal at Club Brugge in the Europa League and a clever clipped finish past Ben Foster on Sunday.

“I am delighted with the week Anthony’s had,” Solskjaer said. “He has got his critics and I am one of his biggest probably because I keep demanding different stuff from him.

“But this week he’s come up with a number nine, centre-forward’s goal, a header against Chelsea.

“He did everything to get the goal against Brugge – defending, winning the ball, running through.

“This today is more than the Anthony we know about. The skill because that is just mind-blowing, sometimes the skill that he shows. But I want more from him and I’ll keep at him.”

No time for sulking says the skipper…@T_Deeney 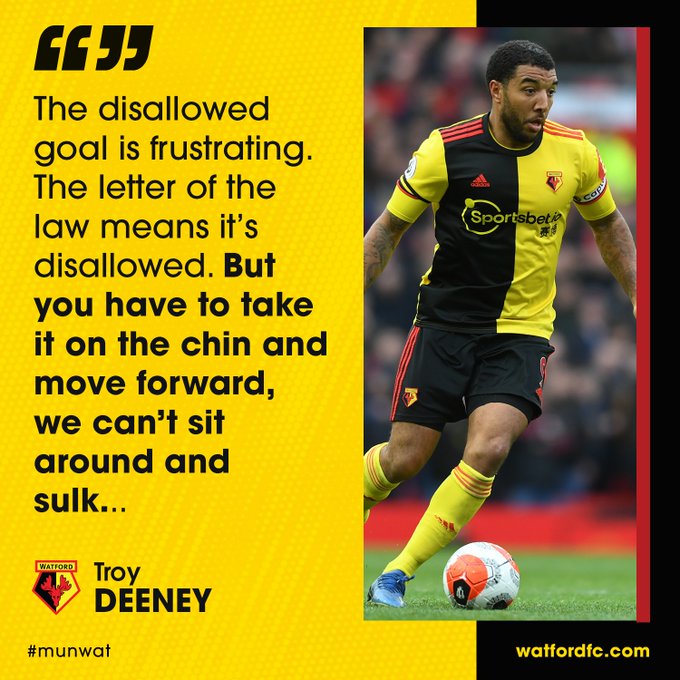 17 people are talking about this

It was a far better performance from United than the one at Vicarage Road two months ago, when Solskjaer’s side fell to a 2-0 loss as Nigel Pearson started life at the helm with a bang.

Watford were far from that standard on Sunday, although they saw a Troy Deeney equaliser ruled out as Craig Dawson was adjudged by the video assistant referee to have handled.

“It’s a frustrating day in the sense that, when you play the bigger clubs, it’s very important that when you create chances or have opportunities, you do everything you can to take them,” the head coach said.

“We didn’t take the chances we had early in the game. I think our attempts to press them high up the pitch caused them a few problems in terms of frustrating them at times.”

Tyson Fury boasts of another win against Wilder

U.S Open stadium to be used as Coronavirus treatment center