Tite commended Brazil’s second-half improvement against Nigeria despite being left with a disappointing 1-1 draw and four-match winless streak from Sunday’s friendly in Singapore.

Casemiro’s scrambled equaliser three minutes into the second half earned the Selecao a share of the spoils following Joe Aribo’s opener.

The Copa America winners had already suffered one blow prior to falling behind, losing star forward Neymar to a suspected hamstring problem in the 12th minute.

His replacement, Philippe Coutinho, squandered a late chance and Real Madrid midfielder Casemiro rattled the crossbar with a header as Brazil failed to improve on the 1-1 draw they registered against Senegal on Thursday. 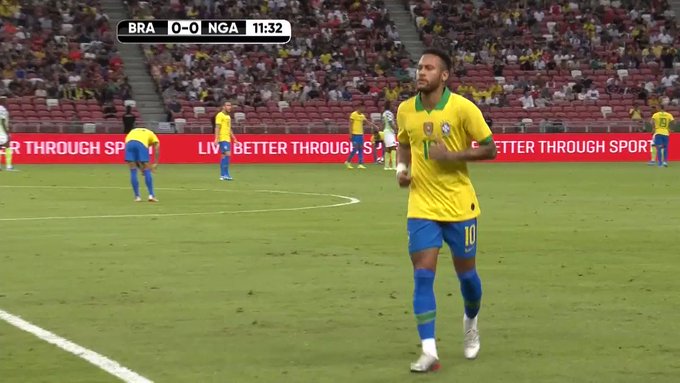 “The result was insufficient,” Tite told reporters at the National Stadium.

“In terms of results, the Brazilian team always wants to win and seeks to win.

“But especially in the second half, we had a great performance. We had ball possession and creativity.

“It’s no use having possession of the ball without creating, but we did. It was not effective [enough] to score.”

Though the superior side after a sloppy first half, Brazil have now failed to overcome any of Colombia, Peru, Senegal and Nigeria since being crowned South American champions on home soil in July.

Tite’s men would have had less work to do had defender Marquinhos made a better effort to block Rangers midfielder Aribo’s path to goal in the 35th minute.

The Paris Saint-Germain centre-back put the onus on the entire team to break free of their funk. 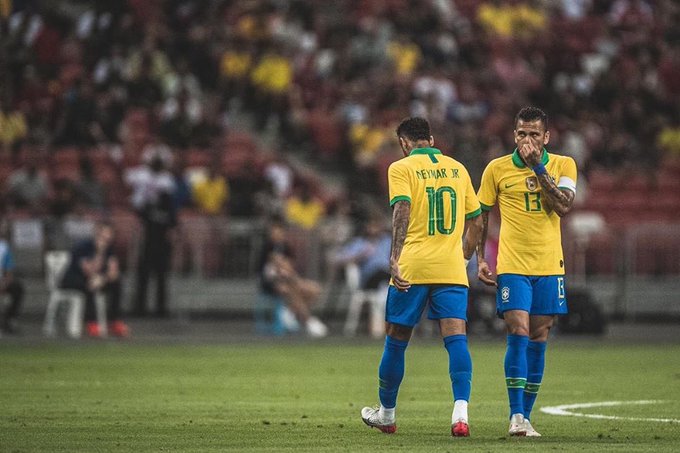 “As soon as possible we need to rediscover our game pattern,” Marquinhos said.

“We have conceded goals in each of these four games. We have to improve collectively, then the individual [personalities] will appear.”

Brazil face bitter rivals Argentina in Riyadh on November 15 before rounding out their 2019 schedule with a friendly against South Korea in Abu Dhabi four days later.

Sarri says jeers would be a sign of affection